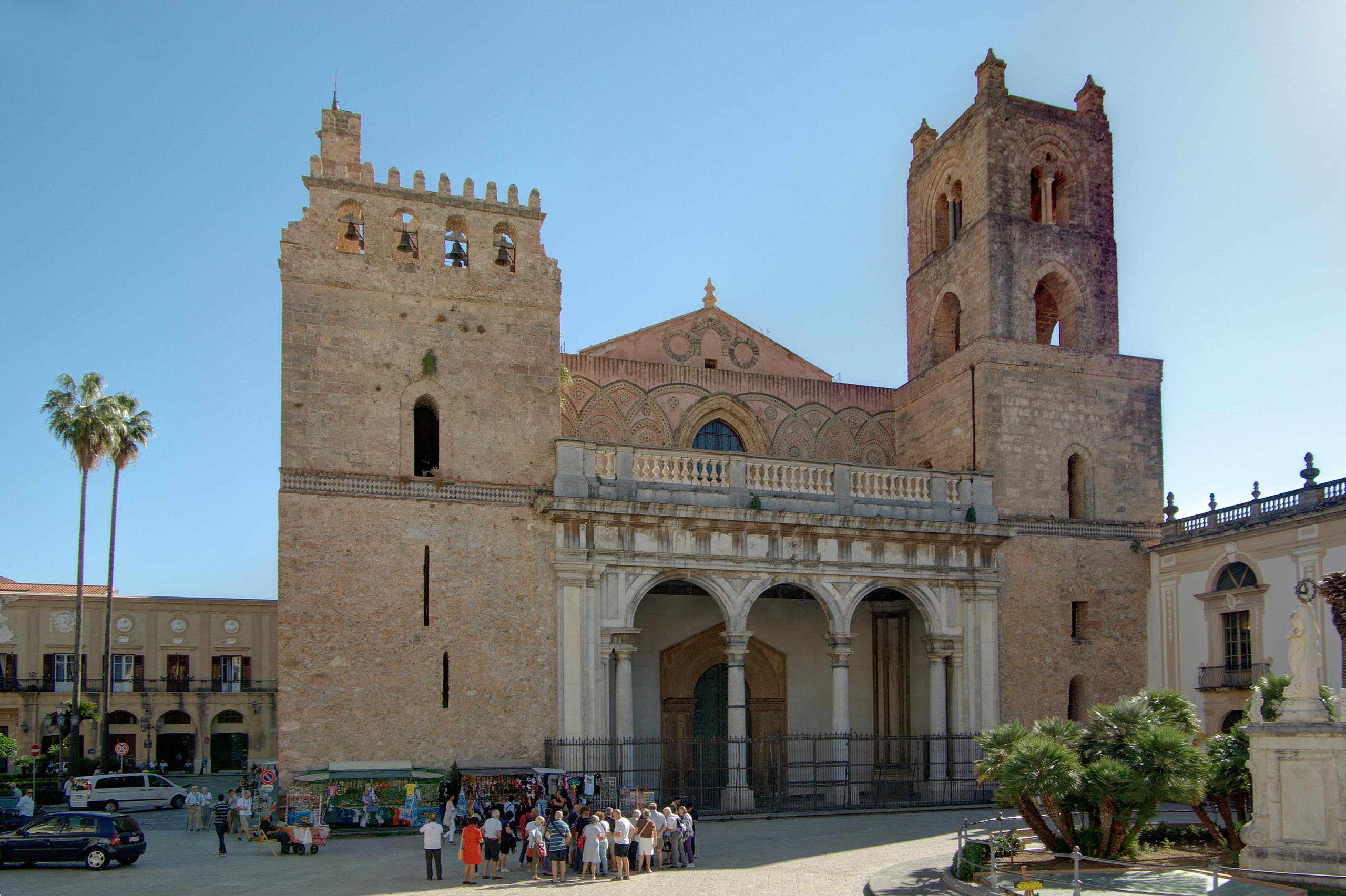 At about 8 km from Palermo, in the town of Monreale, it stands the beautiful cathedral in the Arab – Norman style dedicated to the Virgin Mary, a destination for tourists and pilgrims from around the world. The grandiose religious building was built in 1174 at the behest of the Norman King William II after the Madonna appeared in a dream and asked him to build a temple in his honor, pointing to where to find the treasure to do it. The Cathedral looks outside with a porch trifora under which there is the valuable bronze portal and two large square towers, one of which turned into a bell tower. The Latin cross interior is divided into three naves separated by columns topped by beautiful carved capitals; the walls are covered by magnificent mosaics on a gold background of Byzantine school (XII and XIII sec.) depicting scenes from the Bible and stories of the Church, to which the central apse is added the figure of Christ Pantocrator.

Also worth visiting is the arcade cloister of the Benedictine convent (XII sec.), Next to the cathedral to admire the rich decoration of the stained-glass columns capitals.