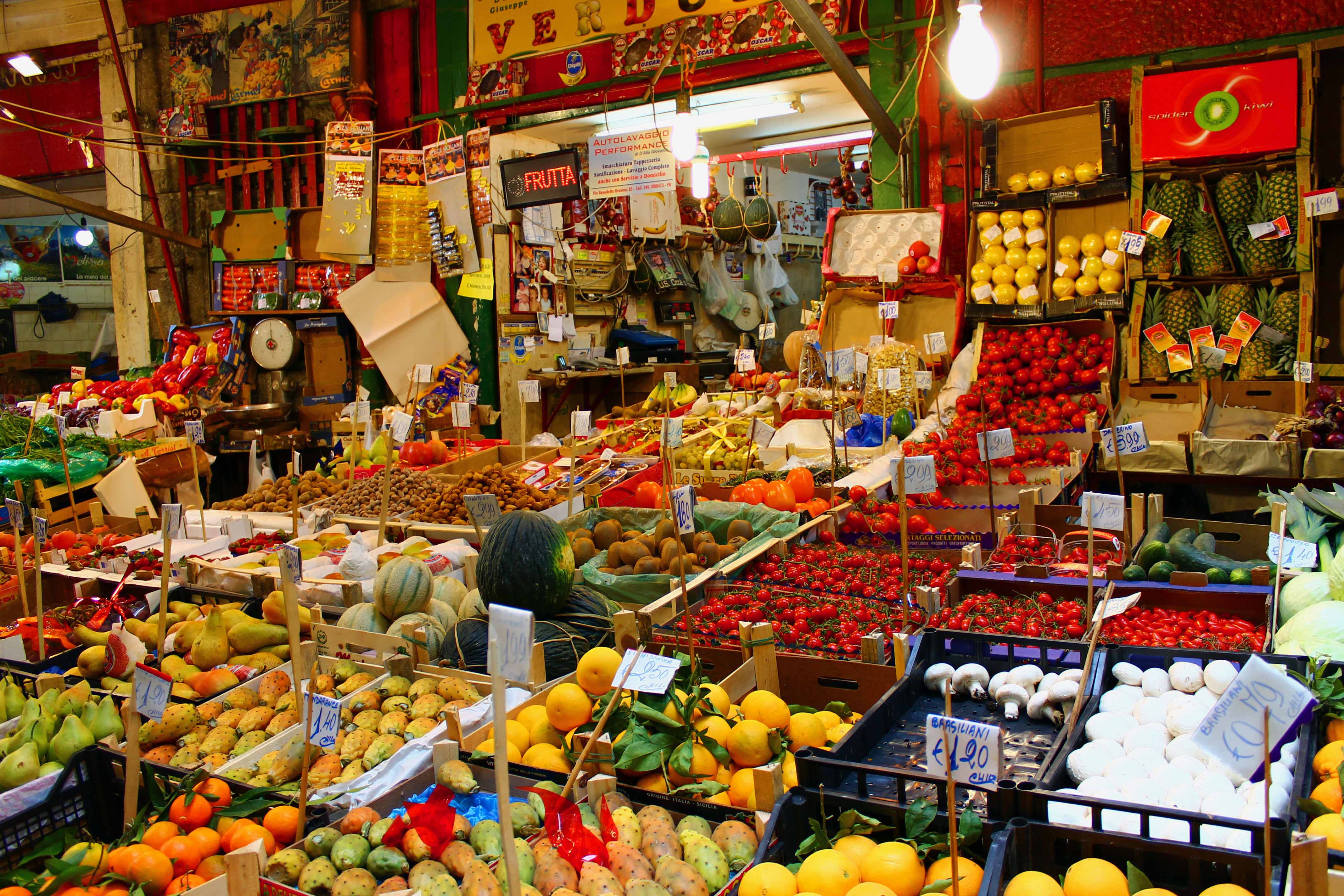 Unmissable experience: a ride in one of the markets of Palermo. Here time has truly stopped and has retained the charm of a culture that has left unmistakable signs.

Fruits and vegetables grown in a land kissed by the sun all year round, genuine fragrances and flavors of the past, such as those rolls stuffed with fried eggplant, croquettes, fritters and sfincione. Turn to the market aimlessly, take a photo to “vridumaro” (greengrocer) or “carnezziere” (butcher).

To do this blast from the past you can choose between the Vucciria (between Via Roma and Corso Vittorio Emanuele, the Quattro Canti), the nearby market of Il Capo (along Via Carini and Via Beati Paoli), the characteristic Ballarò (near the station central square professed House to the ramparts of course Tukory towards Porta S. Agata) and Old village (near the port, being Scinà between Sturzo and Piazza Ucciardone) open all night, a meeting place for lovers of the small hours .

Four things to do to relive an ancient Palermo, which never loses its appeal.