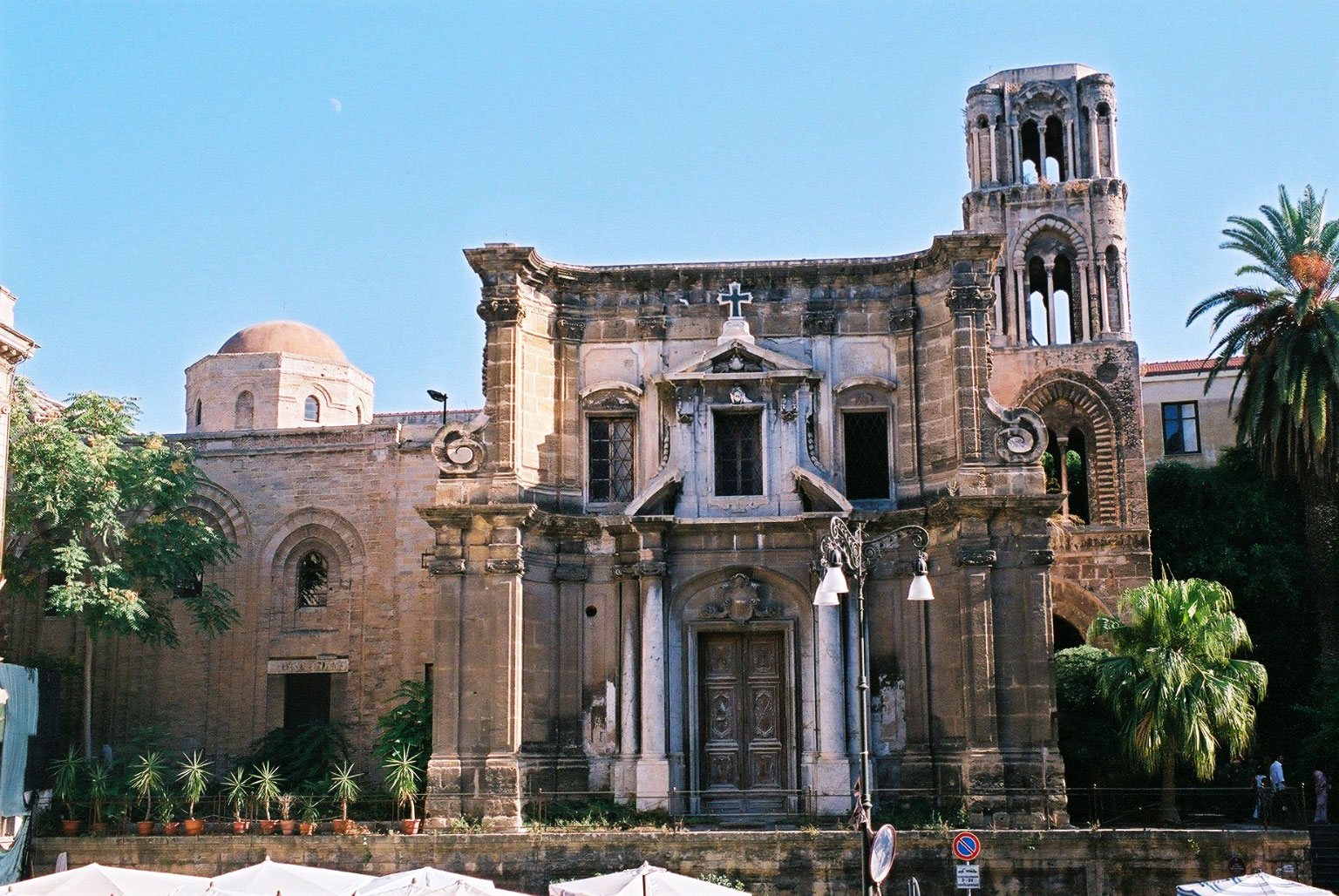 Built in 1143 at the behest of George of Antioch, Admiral of Roger II, the St. Mary’s church is also known as the “Martorana” because it was given in 1433 by King Alfonso of Aragon to the Benedictine monks of the nearby convent He founded by the noblewoman Eloisa Martorana. Despite the changes made in the sixteenth and seventeenth centuries (the Baroque façade is one example), this charming sacred building preserves its original Arab-Norman style as shown by the square body of the same topped by a hemispherical dome, and the bell tower open from arches and three rows of large windows. The inside of the church at the top of the walls, in the soffits and magnificent Byzantine mosaics in the dome considered the oldest in Sicily. central point of the whole mosaic decoration is the image of Christ Pantocrator surrounded by archangels, apostles, saints and prophets. Complete the cycle the mosaics with the Nativity of Jesus, Mary’s Transit, the Annunciation and the Presentation in the Temple.